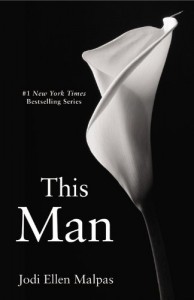 No, just no. I have looked at the review for this book and I am just confused. This doesn't work, not at all. I like me an alpha-male as much as the next girl, but this dude-- Jesse-- isn't an alpha, he's a stalker.

A caveat here, I didn't finish this book, because I just couldn't. There is no way that I could-- just the first few pages after Jesse meets Ava, he starts calling her obsessively, showing up at locations where she is, more obsessive calling, refuses to take no for an answer in his insistence that she work for him. The heroine is attracted to the hero, which is why I guess, as the reader, we are supposed to be okay with his decidedly CREEPY behavior, but I wasn't and I couldn't be. Objectively this is the author trying to create conflict in the book, but NO, just NO.

All I could think of was Jesse's behavior from a "normal" guy. Imagine if the person calling her obsessively and following her and trying to "seduce" her was a normal looking guy, without any money, someone who didn't look like an underwear model, that would make him an actual STALKER imo. And in that version of this book, I'm guessing the heroine would get her butt down to the police station and report him for harassment. However, because this dude lives in some huge, opulent palace of a hotel (i.e. sex den) called The Manor, and he is ridiculously good-looking he is merely an annoyance who she is trying to brush off.

Okay maybe I can believe that she is slightly tempted by him at this point, but mostly I'm getting the vibe that his craziness is weirding her out.

I know that in a few pages she'll get tired of ignoring him and breakdown and accept his advances and sleep with me, but I can't go there with her.

For me, no matter how rich or good looking, that doesn't change the fact that his behavior is a total turn-off, it's not demonstrating his need for control, or dominance (which I guess is the idea behind this lunacy), it's just revealing some serious neuroses. So Jesse is not my book boyfriend and he never will be.

So, I mean really here's an actual scene. Ava answers the phone after Jesse has called, oh, say 1,000 times.

"Are you alone?" The voice hits me like a sledgehammer to the gut...This is exactly why I've been avoiding his calls. The affect he has on me is unsettling and most unwelcome. Why didn't his name come up on my phone?

"No." I lie, a sweat breaking out across my brow. I hear him sigh.

I jump back up from the sofa. How does he know? Darting across the lounge, my wine swishing out of my glass, I look out of the window to the road, but I can't see his car. How does he know I"m alone? In a panic and with a lump in my throat, I hang up. It rings again immediately.

I chuck my phone on the couch and let it ring off. And then it rings again.


Now, after reading that can you honestly tell me that this doesn't sound like a scene from a thriller, or a murder-mystery in which the heroine is about to be murdered by her crazy stalker? Well, it sure does to me. And so, I'm out.